Competition began Friday with the International Junior Olympics and Masters Championships. The venue was packed with karateka, many of whom had traveled great distance to Las Vegas for this world-class event. There were 35 countries in attendance compared to 22 last years with more than 1350 competitors. 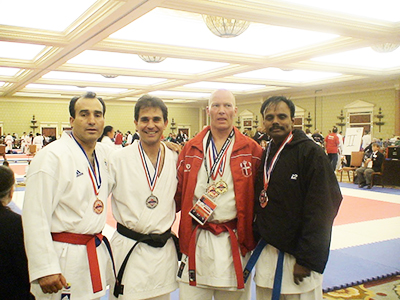 Sensei Sen had successfully participated in the 19th World Karate Championship held in Tokyo, Japan. Over 1000 competitors from 93 countries have competed for the gold medal. He represented India and had competed in four events including kata(FORMS), kumite(Sparring) in Individual and Team.

Sensei Sen have won the National Champion title(Gold Medal) in Men Open Kata and a Silver medal in the Kumite at the 22nd All India National Karate Championship held at Kolkata, India during last weekend of September 2008. Over 3000 competitors were participated in the national championship and took 4 days to complete all the events. He has also been selected to represent India in the 19th World Karate Championship to be held in Tokyo, Japan in November 2008. He has won the India national champion title for 11 times including the latest.

He is also been awarded and honoured with "RENSHI" title given by All India Ryushin-Kan Shito-Ryu Karate School on September 30, 2008. This title is next higher level to "Sensei" title. 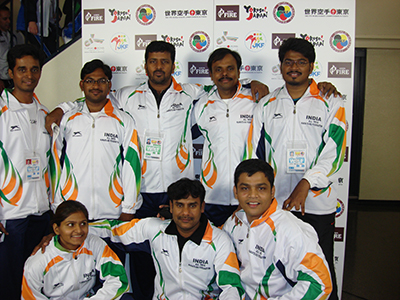 Champion Karate Academy in association with Indian Association of North Texas has organized a Free Self Defense Seminar for Women in Richardson, TX at IANT office on 6th December 2008. The seminar was started at 3.00pm and finished by 5.30pm. Around 10 ladies were successfully participated in this self defense seminar. In the seminar, the ladies were taught the Warm-Up exercises, Building Blocks (basic movements like punch, kick, block, elbow attack etc), and Self Defense Techniques like Walking Escapes, Free Standing Hold Escapes, Hug Escapes and Floor Escapes. Seminar ended with Wrap-up followed by Question and Answer session.

Sensei Senthil Thiyagarajan, Sensei Ponmalar Senthil and Sensei Ravishankar were the instructors of this Self Defense Seminar. Sensei Senthil Thiyagarajan, black belt 5th Degree, Chief Instructor & President of Champion Karate Academy mentioned during the seminar that their karate academy will host more free self defense seminars like this in future, especially since the facts on violence against women continue to alarm. According to the website of National Organization for Women, every day four women in this country die due to domestic violence. Through self defense classes like this, Sensei Senthil and other instructors of Champion Karate Academy hope to empower women by educating the importance, basic knowledge, training and awareness of Self Defense. He also mentioned that the first step in learning self defense is "Believing You Can".

If you are interesting in participating or know of a women's organization that would be interested in self defense seminar, please contact sensei senthil @ 469-569-0031. Visit www.championkarateacademy.com for more details.

"Champion Karate Academy, The Home of Champions. Champions Are Not Born, But Made" 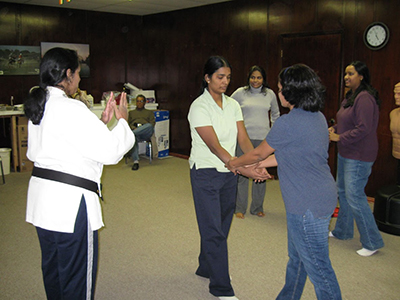